In the city of Bag-heads, a senate member faces a tough choice between political career, brothels and love for a mysterious woman. A choice that will transform his life and the city in unimaginable ways.

The film ran in festival circuit until mid 2018 followed by an online release. Schirkoa premiered at LA Shorts Film Festival on 8th September 2016 where it qualified for the Oscars 2017 after winning  ‘Best Animated Short’ award. It then went on to win ‘Best of Show’ at SIGGRAPH Asia 2016 along with 35 other international awards and 122 festival screenings.

Schirkoa is now being produced as a feature length animation of the same name.

“Traditionally we only had either rough storyboards or a grey viewport preview to imagine how the film might look at the end in the editorial. With a WYSIWYG workflow we are able to realize the shots in a far more creative way than before. We can have a sense of camera focus, color, final look, textures, FX, post processing all in the game engine. We basically end up shooting the film in a more grounded way with multiple camera angles and B-rolls. This gives us more wiggle room in the animatic stage to make the most engaging sequence possible.” -Ishan Shukla 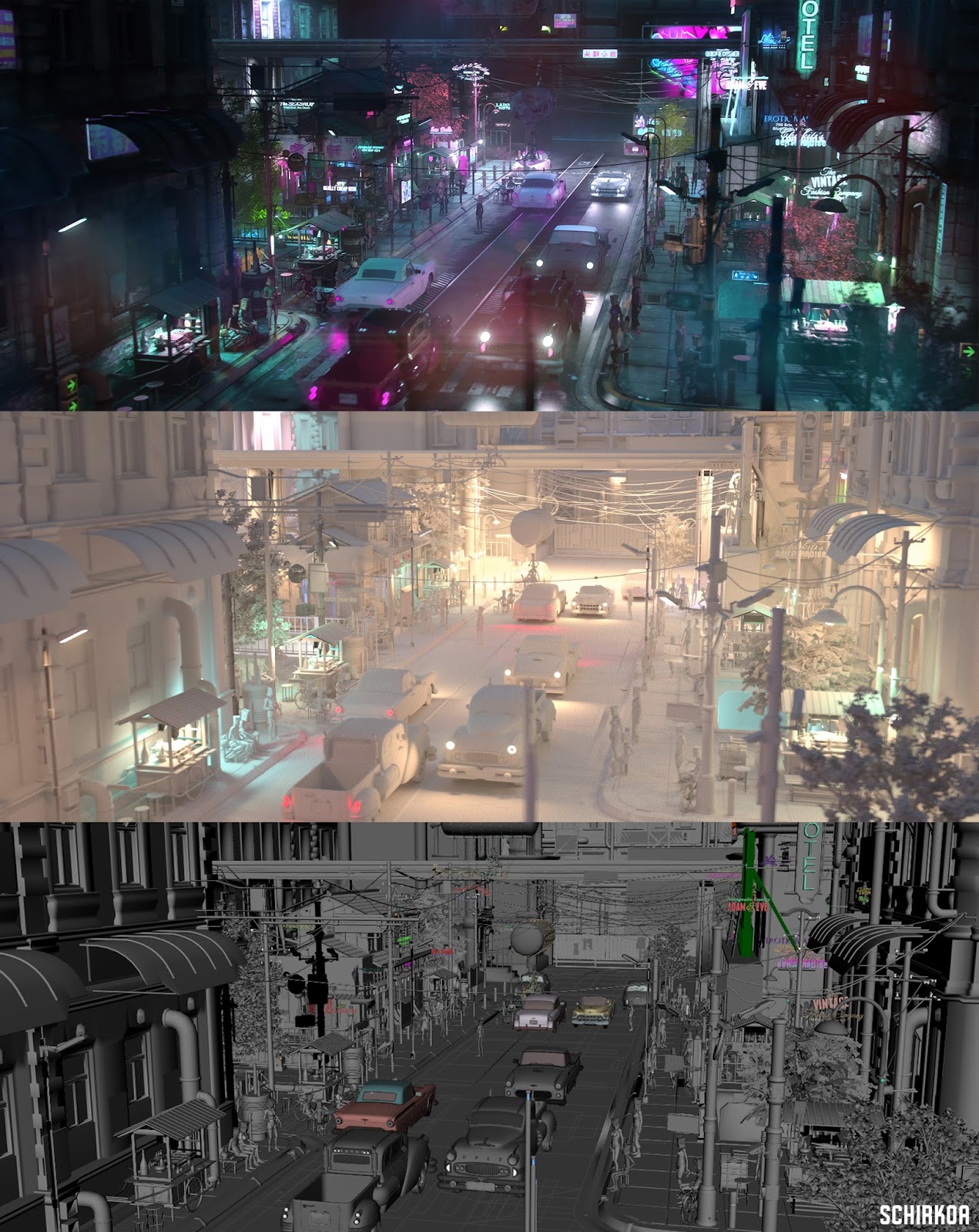